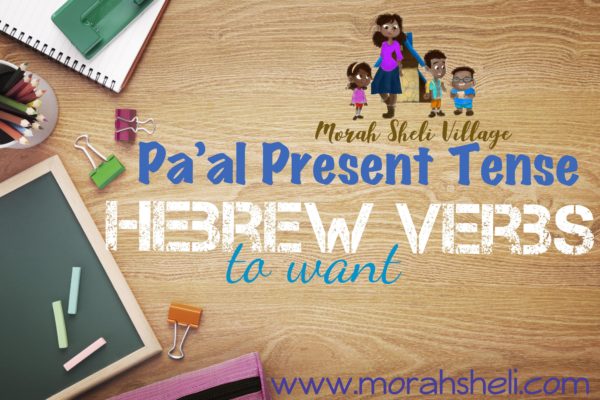 Posted at 12:07h in Culture, Education, Hebrew, Hebrew by MSV

Have you ever learned a new language before? I have! This is my second time around. Years ago, I aimed to learn Spanish and guess what? I did it! I am a tad rusty now, but you should have heard me in Mexico back in 2004. I was gettin’ it. 😉

I have always been told that once I learned a second language, learning more languages would be easier. I was told correctly! I began my Hebrew-learning venture three years ago, and foreign language has been much easier to understand and apply this time ’round (in comparison.)

For each language there is something that perspective learners dread. In Hebrew, it is hands-down verb conjugations. It’s not that it was a foreign concept, because I have had my share of conjugating Spanish verbs, but Hebrew (at that time) was another beast!

I like to understand how the whole works before I dive into all its parts. As I attempted to understand the construct of Hebrew verbs, it was mind-baffling and more complex than any other language construct I had seen (and I love language and linguistics!) I now understood why and how learners became frustrated and even quit. But, hey! I am not quitter, so Hebrew and I was in it for the long haul. Plus, it really irks my nerves to only know a bunch of vocabulary, but unable to actually compose sentences. You need verbs to communicate sentences, people! I digress. Back to my mind being blow… 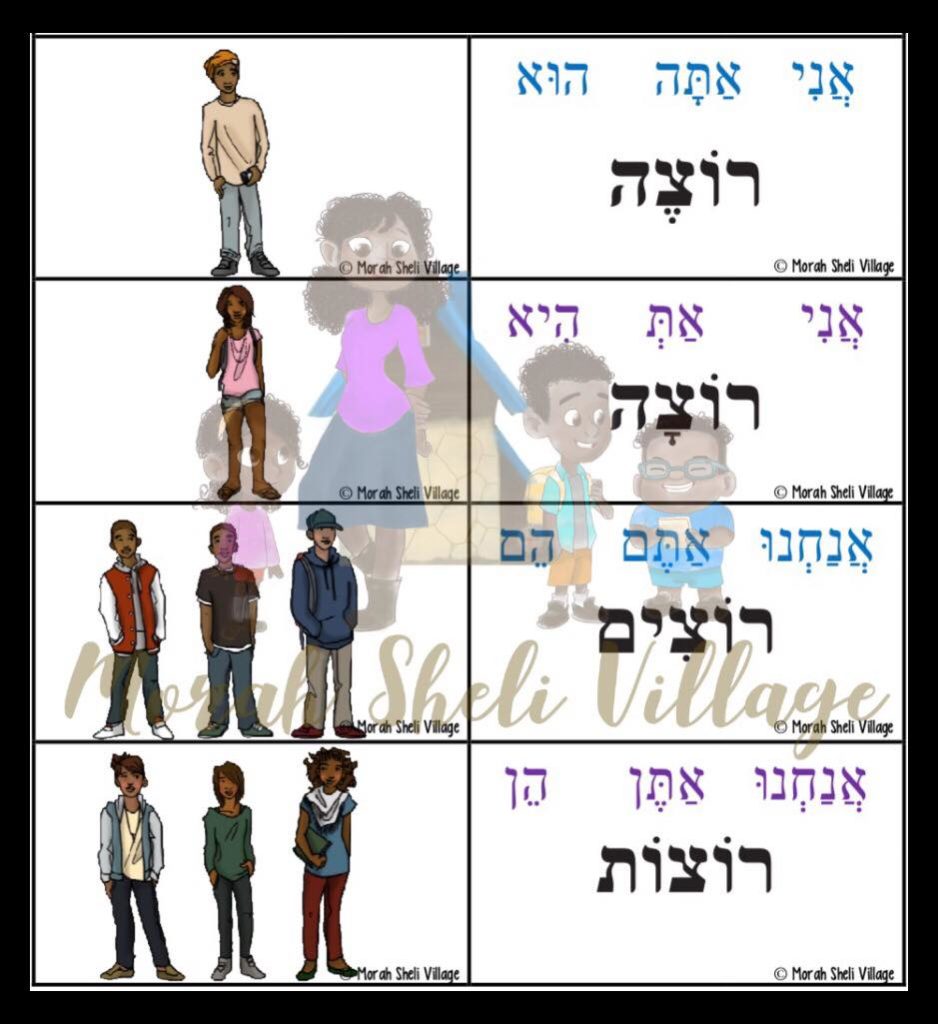 It was an intimidating realization to say the least! I desired to learn the language so badly, that I finally accepted the giant before me and became determined to attack it. It was challenging in the beginning, but eventually I found my stride. There is a method and logic to Hebrew that I desperately appreciate. Once you grasp it, you are in the money, honey! If you have plans to learn Hebrew, please hang in there. Trust me, it does become easier!

I created a learning chart with an accompanying learning activity for Hebrew learners who can read Hebrew and who are practicing present tense verb conjugation in the qal/pa’al form. (The qal/pa’al form is the simplest form, so it is best to begin there.)

Please let me know how you like it and if you need any assistance. Meet me here each Friday for the month of February to a free download!