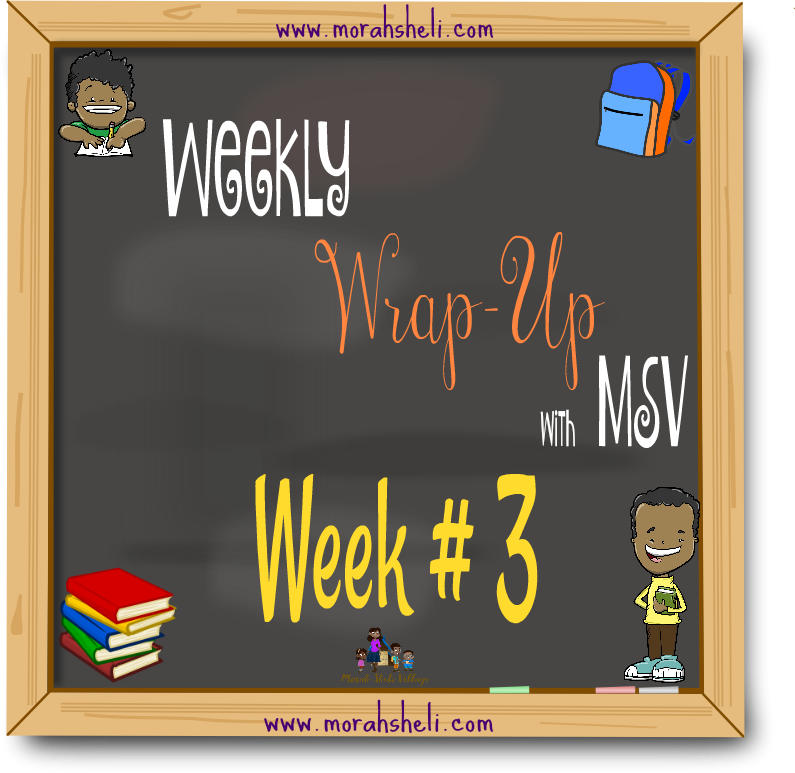 We’ve recently completed Week 3 of the 2018-2019 school year! You guys already know that I am a fan of a blueprint plan, but totally believe in filling contents week-by-week. Even though this is Week 3 for us, it took us two weeks to complete it because my sons and I wanted to diver deeper on this week’s material. So, yes, I will be adding a week to the back-end or borrowing a break week (which is least likely, but possible) to adjust later in the year. This week, we added one subject in Grade 7, Writing & Rhetoric. As in Week 1 and in Week 2, we began with our Young, Gifted, and Black Studies (YGBS). We also continued with two intentions, one ancient proverb, and one quote. Here’s Week 3!

Chimamanda Ngozi Adichie is a Nigerian novelist and storyteller decorated with numerous awards and accomplishments, including being a TED Talk presenter. My sons loved the way her name is pronounced and the fact that she’s such a accomplished author. We also watched “The Danger of a Single Story” and discussed the difference between European and African literature as well as how dangerous we believe it to be to only have a European perspective. 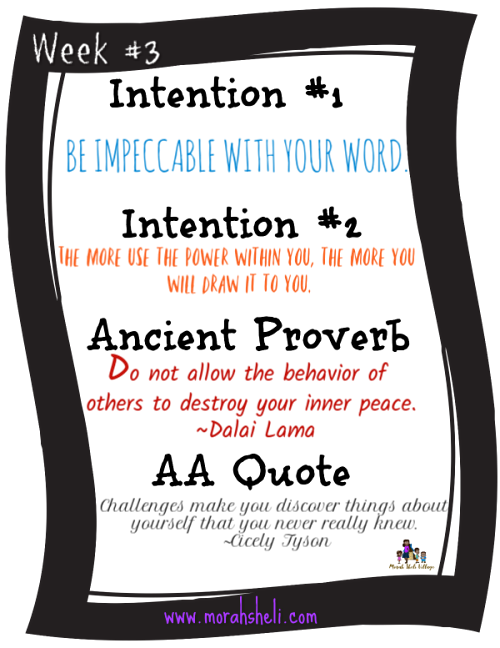 We finished the Book of First Samuel reading chapters 28-31. Each of us (including myself) keep a notebook for this course where we define Biblical Terms (among other tasks) and track examples of certain events/instance in the Hebrew Bible. This week, we added divination, divination practice, and divination means and instruments. We also watched a video about the Witch of Endor, studied the fourth battle between Ancient Israel and Philistine, and finished our King Saul lapbooks. Last, we learned the difference white magic (which I call pure magic) and black magic (which I call dark magic) and I taught them how to cast lots (the way it appears in the Hebrew Bible and the more applicable modern-day practice.) Needless to say, this was an interesting week of learning that lead to an additional week.

It’s best to summarize our learning in the review,  practice, introduce form, so here we go:

>Two and Three Digit by One Digit Multiplication

I shot a live video of our math instruction this week while we were working on math stories and equation writing.

>Multiplying with two and three digits

>Multiplying in your head

I shot a live video of our math instruction this week while we were working on plotting.

In Grade 4, we still only have spelling so far. Two weeks into Spelling and I just realized this week that I had planned for my son to begin in Week 6 of his spelling workbook, but he started in Week 1. So, after completing Weeks 1-3, we’re moving on to Week 7 next week. #totalmomfail Nonetheless, in Week 3 we practiced long vowel sounds. Since I receive many questions about cursive writing, I am going to share a technique I implement after the child is familiar with the cursive alphabet. He can write all his letters in cursive; but in fourth grade we are improving size, slants, and clearer letter formation. He writes all his spelling words in cursive first. All the words are not “perfect”, and that is okay. I use modeling to correct any imperfections. Once he is complete with his list words for the day, I skim through and choose the words I feel like he can clean up. To do so, I write my word next to his word and ask him what differences does he notice. He typically identifies all of them. Then, I have him re-write his word “like mom’s” and just like that, the word is written so much better. (This technique worked for my oldest son and is also proving fruitful  with my youngest). Overtime, they correct their own cursive simply by modeling mine.

In Grade 7, we have Writing & Rhetoric and Grammar. In Writing, we learned that when narratives are unbelievable, improbable, unclear, and improper we refute them and when they are not we confirm them. This is the theme of our writing for the Fall semester–refutation and confirmation. We also learned what is persuasive writing and what it means to sway your readers that your opinion is right. For our writing exercises, we read the Legend of John Henry and practiced amplification, sequencing, and proofreading. In Grammar, we worked on dictionary skills, punctuation marks, and completed the unit assessment.

We began the week learning about agricultural resources. In review, we reacquainted ourselves with the difference between natural and man-made resources & renewable and non-renewable resources.  We also learned about pesticides and GMOs before we went our own separate ways in individual crop research (this week was corn and tomatoes) and returned for a round-table discussion to share our findings. For herbal science, we learned about sarsaparilla. For each crop, we study the origin, history, taxonomy, and its medicinal or practical uses. For our lab, we made our own herbal root beer. Yes, it tasted just like root beer, but without the sugar/syrup. It’s not something you would drink “just because”, but for an herbal drink it was tasty and it is definitely something you could get down for the medicinal properties. I also posted a video on my Facebook page that you may want to check out.

There are approximately 3,500 different uses for corn products? 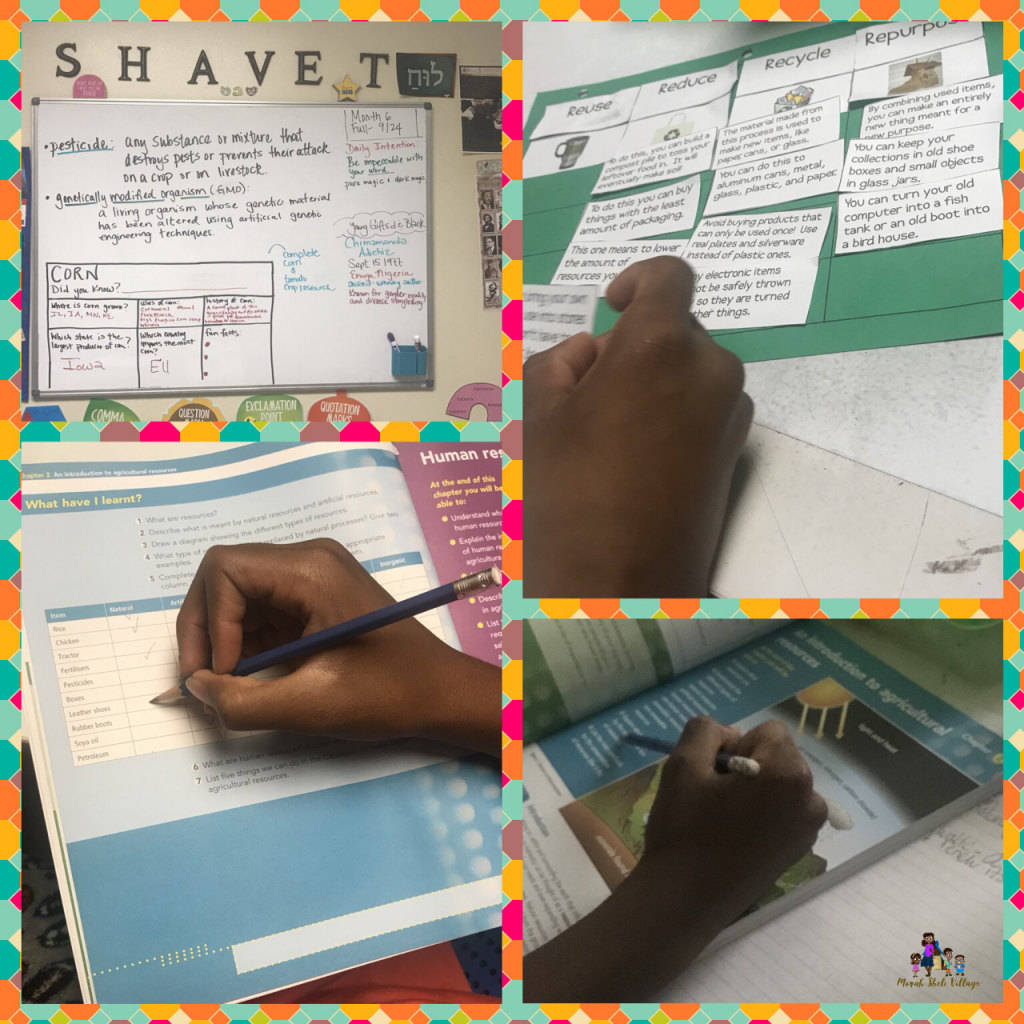 In our AgriScience Notebooks, we made a list of poisonous plants and skin irritants. I also had them record their own herbal root beer recipe for reference. (We modified it a bit by adding sassafras.)  In our Nature/Herbal Notebooks, we added sarsaparilla. The duplicated the image above from this notebook journal page.

This week we learned about the Australian Government, Business in Australia, the Black Belt (in Australia and Oceania), and the different Time Zones in Australia and New Zealand. We also learned the difference between a parliament and presidential government as we compared the government in Australia to America. I purchased the book Kiss, Bow, or Shake Hands to expose my oldest son specifically to business around the world (minus the African continent–I have another book for that 🙂 ).

I gave an introduction lesson in the Black Belt of humankind and provided pictures of some major people groups of Australia, Oceania, and New Zealand. I taught them about the physical differences between the “broad type” and the “elongated type” and they evaluated several pictures to conclude which type. It was good for them to see various shades of Blackness throughout various islands. I think they were most surprised to see “broad type” Blacks in Hawaii. Then, we engaged in a time-telling activity to explore the five time zones and compared them to our local time zone. I used this Australia map to have them identify each state/territory and its capital city. Then, I created a two-page activity for zones. (If you are a  paid MSV member, you can download this activity for free when you log in. It will be available one week after the date of this post. If you are not, and would like one, please click here to purchase and the file link will be emailed to you.)

Later, we hosted on our own Reconciliation Day for Aboriginal Australians. In 1788, the first Europeans settlers arrived in Australia and it marks a day of commemoration annually as European Australians celebrate this event. Though it was a time of honor for Europeans, it was a time of mourning for the Aboriginals. On January 26, 1988, Aboriginal Australians decide to protest calling this day Invasion Day to remind that this is the day that Europeans began stealing their land, language, and culture. Their protest was successful. Year later, the government officials instituted a Sorry Day of their behalf. We watched two video clips about this new day. To wrap-up, we learned about the woman who is credited with being the last full-blooded Aboriginal Australian, Truganini.

In Grade 4, we read a classic over here–Hundred Penny Box! Who doesn’t love Aunt Drew! As expected, he enjoyed the story as we worked on how to answer comprehension fully on the fourth-grade level. In Grade 7, we transitioned from novel reading to our first short story, “Seventh Grade“by Gary Soto. (I planned two weeks for this short story.) We completed the Gary Soto author banner to learn more about him, his background, style, and work. Then, we spent the week reading the story, annotating, answering comprehension questions, and writing a letter to a sixth grader (as he/she prepares to enter seventh grade.)

Our current events studies was an extension of our History & Geography time this week. To close out each country, both of my sons have to choose (and sometime I will assign) a news article (print, online, live) relevant to the country (in this case Australia) to report on. My youngest son read an article about a shark being killed in North Queensland while my oldest son read an article about a football club’s apology to the Williams sisters for dressing up in blackface as them. Later in the year, my fourth grader and I will begin learning what’s required in a new article report. For now, we’re reading the article together as I teach him the features of information text and how to read it. My seventh grader is already well aware and he used a graphic organizer that we like to complete his report.

I’ll see you all next week for Week 4!  Peace and blessings in your next week of teaching and learning.